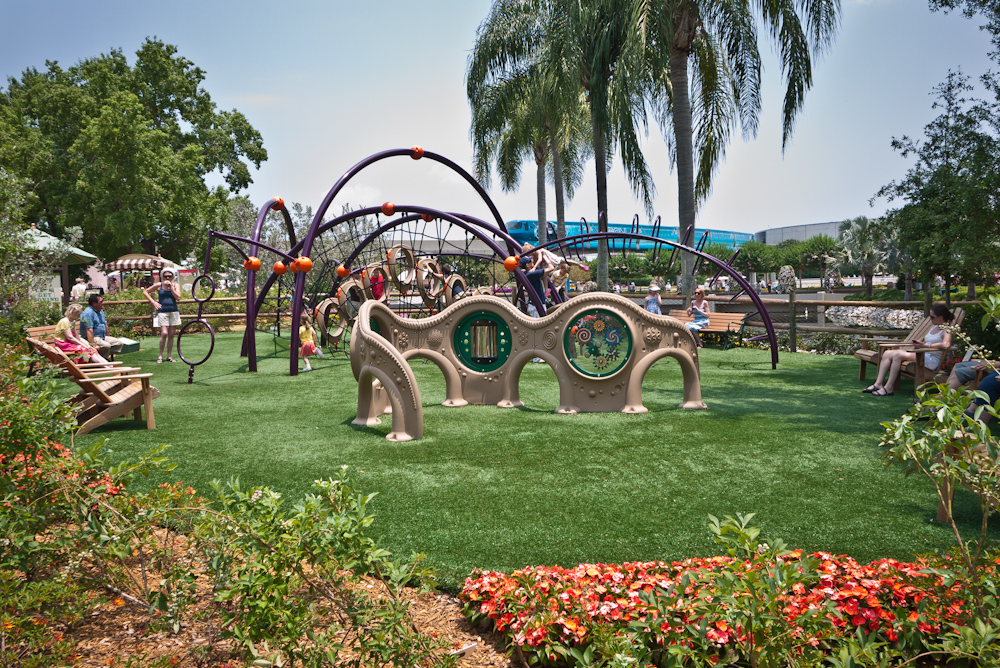 The following article by RubbeRecycle provides some perspective on the NBC News story on crumb rubber infill.
by Donna Kent 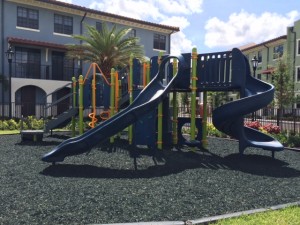 The Jury Is In
For better or worse we live in a time when sound bites seem to dominate the media.  Now more than ever, it’s the provocative headline that grabs attention and unfortunately the time consuming process of fact finding and verification often fall by the wayside.While this trend is sometimes necessary in an environment where we are all over stimulated with information, it can also have some seriously negative repercussions.

Case in Point: Anyone who has been involved in the playground industry in any capacity has no doubt heard the intermittent but negative drum beat associated with recycled rubber, and although this information has been most aggressively focused on crumb rubber used for synthetic turf infill, the implications extend to playground rubber mulch, and for that matter, all synthetic rubber surfaces.

At Rubberecycle, we understand that when products are brought to market, they are inevitably met with initial skepticism. While we certainly respect the long and drawn out process that was necessary to demonstrate the safety and environmental viability of rubber mulch, the jury is in and rubber mulch is safe.

In April of 2014 Rubberecycle installed a new rubber mulch playground surface at a school in Maine.  Fueled by a lack of knowledge commonly associated with innovative products, the rubber mulch surface was met with skepticism by several concerned parents and after much effort to present all of the recent and relevant data, this school decided to employ the services of a highly sought after, third party toxicologist to conduct an independent study into the potential health impact of recycled rubber surfaces.

Our office spoke extensively with Dr. Green as she began her initial fact finding process.  Dr. Green was very straight forward and direct in her initial communication and we have to admit we were a little unsettled.  Certainly not because we felt there was any evidence to support the skepticism communicated by the school, but we wondered how this toxicologist, hired directly by the school, in response to significant pressure from parents, would present her findings.  Would they be presented in ambiguous terms?  Would there be any hedging or fence sitting?  Would she be inclined to take the safest and most neutral approach citing insufficient evidence to draw a conclusion?  After all we had a lot riding on Dr. Green’s findings.

When the research was finally complete and made available to us I sat down with bated breath as I read the opening paragraph:

“As explained below, I have examined the relevant evidence, and have found that rubber mulch is neither known, nor reasonably expected to cause cancer, and is otherwise safe for use in playgrounds. I know of no reason that this mulch should be removed from the playground at Jonesport Elementary School.”

Dr. Green’s complete Memorandum is extremely detailed, informative and interesting to read. For any of our associates who would like a more in depth education on the subject please refer to the link below.

In the interest of brevity however, we have provided a brief overview of what Dr. Green had to say.

As we all know rubber mulch and most other synthetic rubber surfaces are made with recycled passenger tires.  Tires are industrial products made with various potentially hazardous chemicals and although a manufactured tire is essentially inert, crumbled or shredded tires can release small amounts of various chemicals.  In particular, synthetic rubber products tend to have a distinctive smell, caused primarily by release of trace amounts of volatile amines and organic sulphur compounds.  These compounds are more odorous than they are toxic and they are certainly not known or reasonably expected to pose a risk of cancer, regardless of the level of exposure.

What about butadiene and benzene?

With regard to benzene, while it is the case that some manufacturing process use small amounts (less than 1%) of benzene is their process, there is neither evidence nor reason to maintain that tires would absorb, retain and then release any significant amounts of benzene.  It is not surprising then that studies of ambient air in contact with crumb rubber in-filled turf fields have reported either a) no detectable concentrations or b) the same very low-level concentrations found in air throughout suburban and urban environments.

All of us are exposed to very small amounts of both butadiene and benzene via ordinary outdoor and indoor air everyday.

Below is a brief overview of some of the more recent and relevant studies cited in Dr. Greens work:

Van Rooij and Jongeneelen (2010) studied young adult male soccer players following intensive contact with rubber filled turf to determine if this contact would lead to increased exposures to polycyclic aromatic hydrocarbons (PAHs). They found that it did not and concluded that If there is any exposure, the uptake is very limited and within the range of uptake from environmental sources and/or diet.

A recently published study from New Jersey’s state medical school subjected samples of both new and aged crumb rubber to extractions with solutions of synthetic sweat, synthetic lung fluid and synthetic bio-fluids and then assessed whether children’s and adults exposures to these chemicals would be risky.  The conclusion was that health risks from extensive contact with crumb rubber ranged from none to negligible.

In 2003, Birkholtz and colleagues published their study, “toxicological evaluation for the hazard assessment of tire crumb for use in public playgrounds”  “aggressive extraction of crumb rubber and testing of that extract revealed no significant toxic or mutagenic activity” and the study concluded that the use of tire crumb in playgrounds results in minimal hazard to children and the receiving environment.

In 2006 the Norwegian Institute of Public Health published their report focused on indoor soccer fields because this is the setting in which air emissions would be much more concentrated relative to outdoor fields.  This report concluded that there is no evidence to indicate the use of these indoor halls causes an elevated health risk.

In 2007, the Dutch researcher Hofstra published his report “Environmental and Health Risks of Rubber Infill. His analysis was based on an extensive review of prior studies, as well as on the generation of new test data from fresh and weathered samples of crumb rubber.  Hofstra concluded that  “based on available literature on exposure to rubber crumb by swallowing, inhalation and skin contact, and our experimental investigations on skin contact, we conclude that there is not a significant health risk due to the presence of rubber infill for football players on artificial turf pitch with rubber infill from used car tires.

Finally, the Connecticut Department of Public Health has published three peer reviewed studies of synthetic turf fields and has issued a memorandum to local health departments and districts in the state affirming its position that outdoor artificial turf fields do not present an elevated health risk.  The memorandum in part concluded that “CT DPH finds no scientific support for a finding of elevated cancer risk from inhalation or ingestion of chemicals derived from recycled tires used on artificial turf fields…..federal and state authorities have taken seriously the concerns that artificial turf fields may present a health risk due to contaminants in recycled rubber.  The best way to investigate these concerns is via an exposure investigation.  Studies conducted in Connecticut and elsewhere have shown a very low exposure potential, less than from typical outdoor sources of air pollution.

Study, after study, have all come to the conclusion that rubber mulch poses no significant health risk to children. Meanwhile, over two hundred thousand children are brought to the emergency room every year due to playground related injuries.  Almost 80% of these injuries are related to falls from the playground equipment onto the safety surface.  The use of recycled rubber surfaces to reduce the incidence of life threatening injuries has been a major break through in recent years and loose rubber mulch stands alone as the surface that provides the highest safety ratings by wide margins.

Its time now to turn the page on this subject and get back to focusing on the core attributes of rubber mulch, the protection of children from serious and life threatening injury through the provision of low cost safety surfacing that provides vastly superior safety performance.